Today is a good day!! First, it’s Friday, and as always, I’m looking forward to the weekend and some time outdoors with the fam. And second, and most important, Taylor Swift came out with new music today. Where my Taylor fans at?! 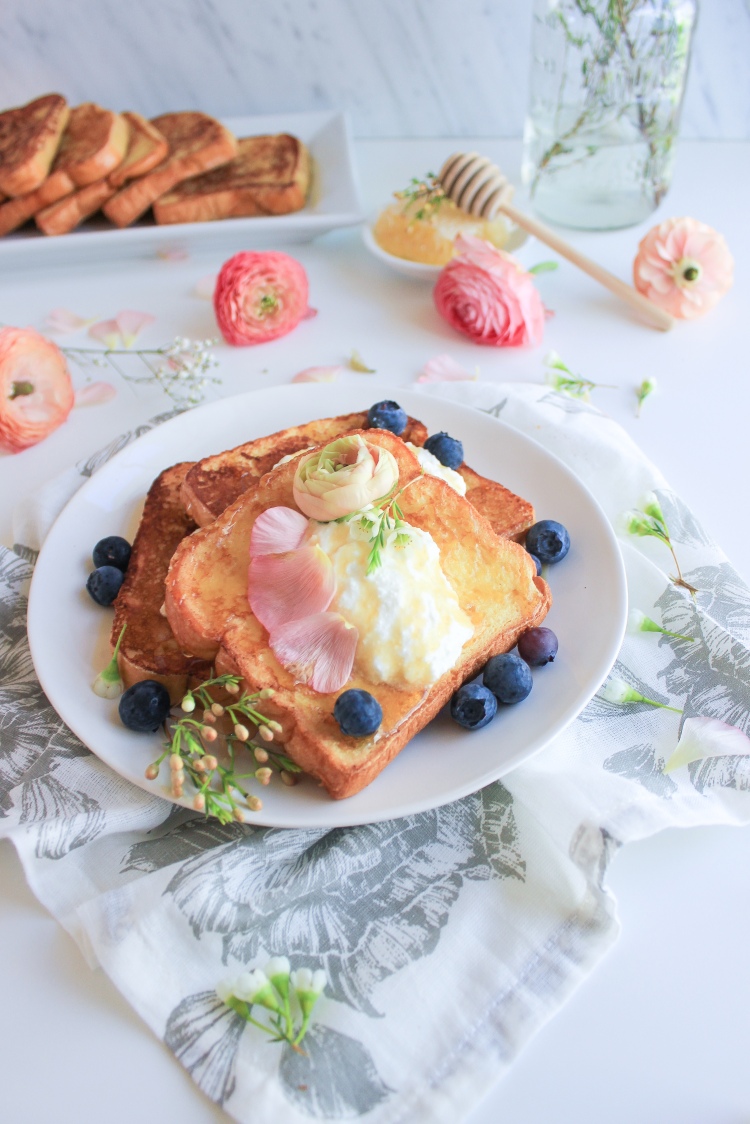 I have been a die-hard fan since I was 16 years old when she released her first single. I fell in love with her relatable lyrics and her humble, kind persona. She’s the reason I started playing guitar and writing songs about my ex-boyfriends and heartbreak. Her music has always been inspiring to me and her songs just speak to my soul!! I can feel my husband rolling his eyes as he reads this… 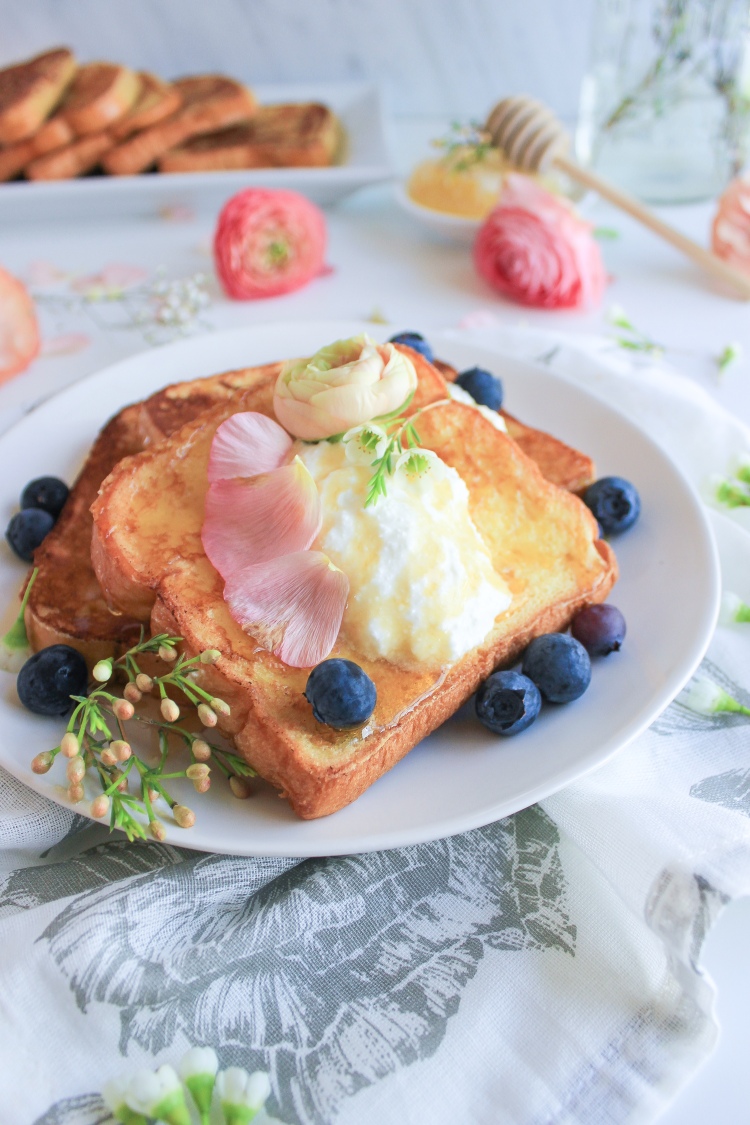 If you haven’t already noticed, Taylor has been teasing her new music for a couple of weeks now with very whimsical images with rainbows, lots of pink and shimmering colors. Her posts have been so pretty and make me think her next album will be a happier one. I did like Reputation, but it wasn’t my favorite, so I’m hopeful for some gushy songs, or ones that just tear at my heart strings. Okay, I could literally go on and on about Taylor, but I’ll stop because at some point I have to start writing about this french toast.

The reason I bring Taylor into this equation is because I feel like this french toast is giving off the same vibes as her new music. I made this yesterday and it wasn’t even intentional!! Are we on the same wavelength or what?! Ha! No, but really, how pretty is this french toast? This would be so nice to serve at brunch with your gal pals, or a really nice breakfast for Mother’s Day. If you end up making it, don’t forget to tag #marinamakeseats. 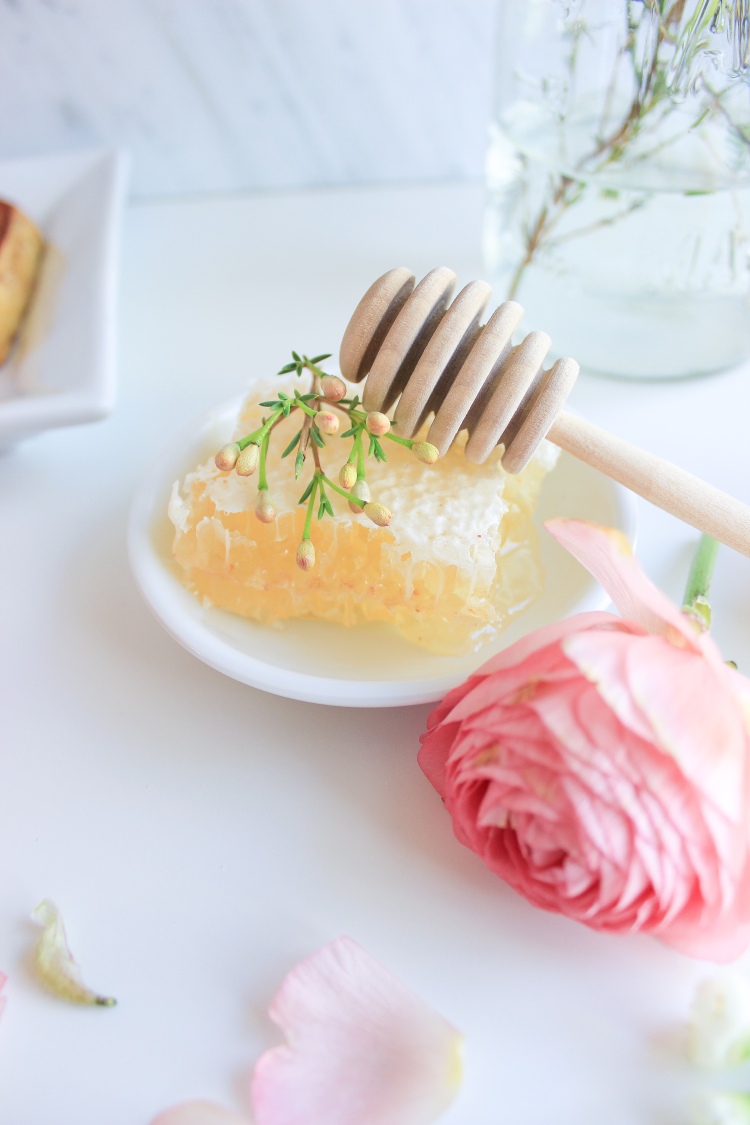 Alright, before I go, I have to ask – what’s your favorite Taylor album? I know you’re not dying to know what mine is, but I’m going to tell you anyway. Red. Hands down. The emotions, the songs, the feelings. GAH! And All Too Well, don’t even get me started on that song. How can you not love Red just because of All Too Well? Okay, Taylor rant finished! Make the french toast – it’s SO good.

In a bowl of standing mixer, whip the ricotta and a couple of pinches of salt for 1-2 minutes. Once smooth, add a tablespoon of heavy whipping cream and whip for an additional minute or two. Set aside in the fridge until ready for use.

Heat a skillet or large frying pan over medium heat and melt about a half tablespoon of butter (use less or more depending on the size of your pan).

In a large bowl, whisk together eggs, half and half, brown sugar and a couple pinches of salt. Soak each piece of bread in the mixture for about a second or two on each side.

Once the pan/skillet is warm, place bread in the pan and sprinkle with a pinch of cinnamon. Let it cook until slightly brown on one side. Flip and repeat until the other side. Repeat with other slices of bread, soaking, then cooking, and adding more butter to the pan when needed. Lower the heat if needed.

Top each piece of French toast with a tablespoon or two of whipped ricotta, a drizzle of wildflower honey and blueberries. Serve immediately.