One of the best apps on this planet has to be bacon-wrapped dates. Anyone else feel the same? It doesn’t get better than a salty slice of bacon and the sweet chewy bite of a pitted date. I could easily pop a dozen in a sitting because they are SO addicting. 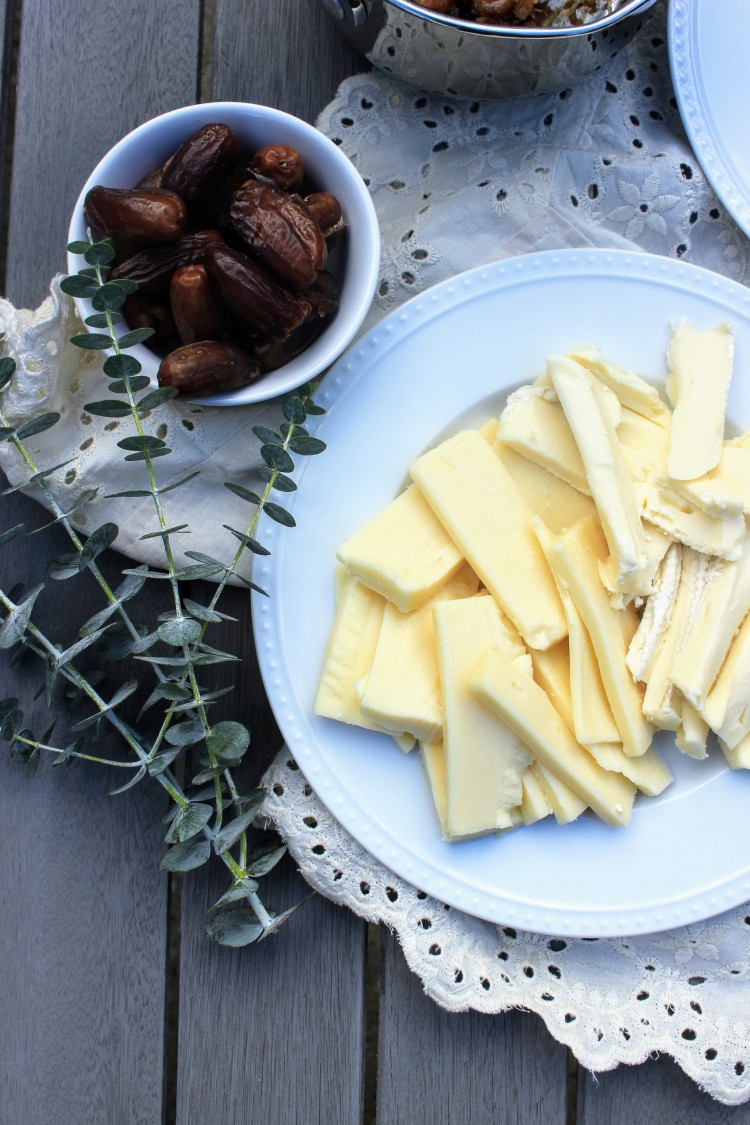 For some reason, the rich flavors of bacon and dates remind me of fall because both are very comforting and dark in color. Of course, when I think fall my mind goes to all of the things I’ll be able to cook in the coming months, and it got me thinking how great a bacon and date grilled cheese would be. Because let’s be real, all of the best food combos should be turned into a version of grilled cheese. 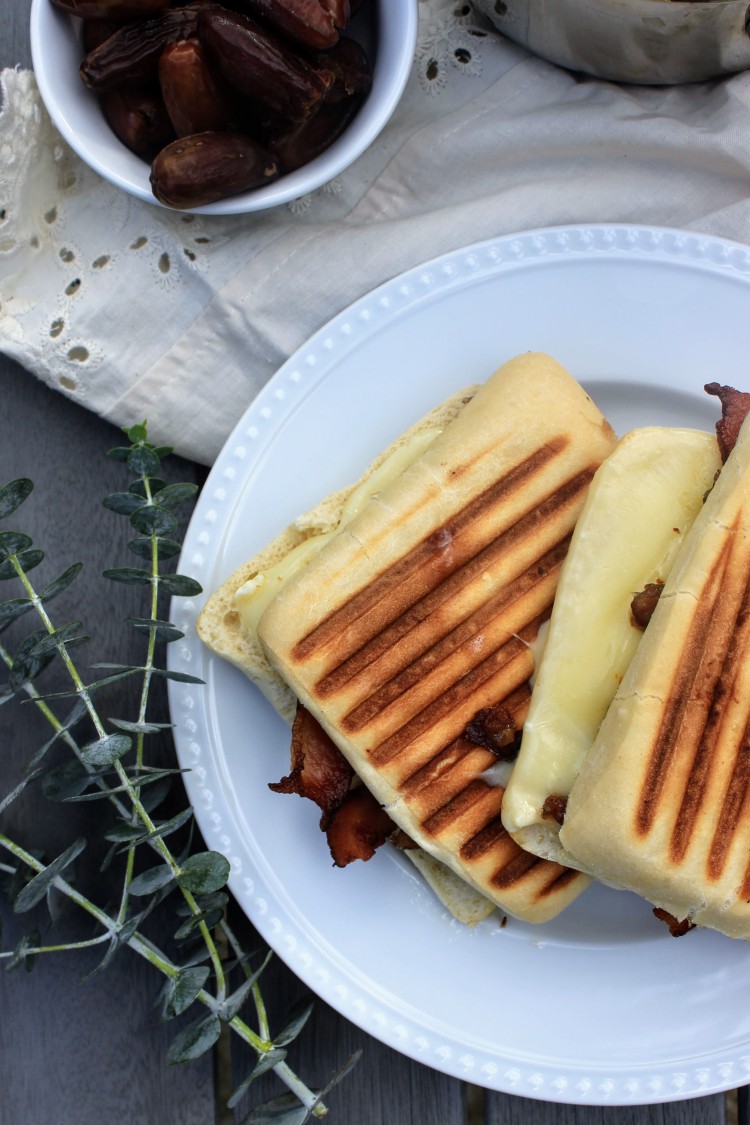 And then yesterday, we were hit with the most beautiful, breezy summer day and it seemed like the perfect time to experiment with the sandwich I’d been dreaming up in my head. 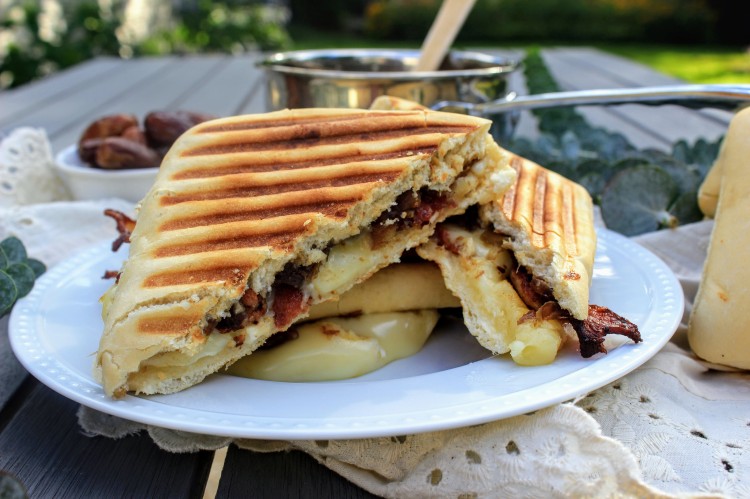 So, off to the kitchen I went during my daughter’s nap to figure out the best way to incorporate the dates into a sandwich. The bacon and cheese part was obviously easy, but figuring out a way to make a sort of date spread that would mesh well with both was the tricky part. 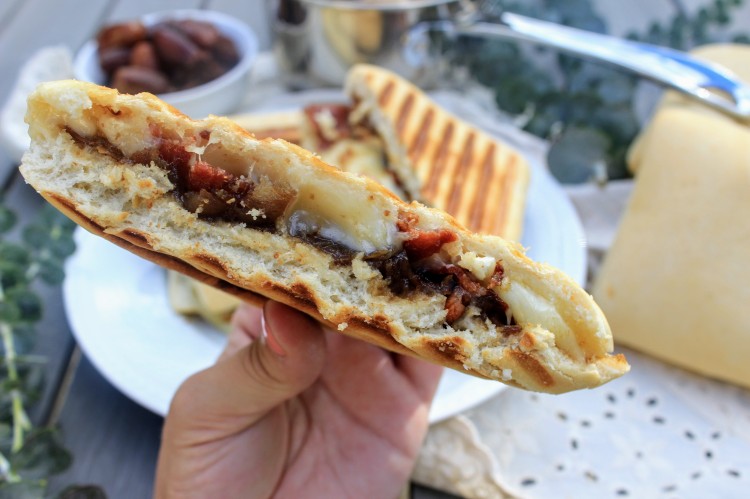 I started by cutting pitted dates into small pieces. I placed them in a small saucepan with some brown sugar to intensify the sweetness and added water in hopes to create a date jam. It worked people!! I was kind of nervous at first, but my experimenting paid off and the “date jam” added just enough sweetness and warmth to the sandwich. I really did love how it all came together – the tang from the brie and the creaminess of the fontina were the cherry on top.

If you end up making this grilled cheese, don’t forget to tag #marinamakeseats!

In a small saucepan, heat dates, brown sugar and water over medium heat, until the sugar dissolved in the water. Raise the heat slightly to bring the mixture to a boil, lowering the heat to a simmer. Allow the mixture to cook for about five minutes, or until it thickens and turns into the consistency of a jam. Set the pan aside.

In a large frying pan, cook the bacon until crispy and set aside.

Heat a medium frying pan or your panini press and assemble the sandwiches by spreading the date jam generously across the top slice of bread, topping it with a layer or two of cheese and bacon.

Melt butter in the pan or panini press and cook the sandwich on both sides until the cheese has melted and the bread is golden brown.