Our Emmy boy turned four months over the weekend and it’s crazy how much he’s developed since my last update. Even though I’ve gone through the newborn phase before, I forgot how they seem to change on a daily basis.

At this point he is smiling and laughing a ton. He’s probably happy 90 percent of the time and even when his tummy is upset, or he’s super tired, he still manages to smile or laugh if we coax him. Our daughter was happy as well, but definitely more inquisitive, always studying people and her environment around her. They are so different from one another, which brings me to my first topic…

After having two kids and pretty much sticking to the same type of methods and scheduling, I’m convinced nature plays a huge role in a child’s temperament. For example, our daughter is extremely curious and already seems to thrive on learning new things. She is very nurturing, listens well, and at the same time is a little tough cookie who gets angry and irritated very easily. We’ve pretty much been able to predict all of these traits/characteristics since the day she was born because it’s how she’s acted since she entered the world. Emory’s demeanor is just the opposite. He’s super chill, very go-with-the-flow, scares easily and is more quiet. He already seems to be more physical and a little sneaky. It’s just the coolest thing thinking through their differences and what makes each of them unique. How boring would it be if the two of them were exactly alike! 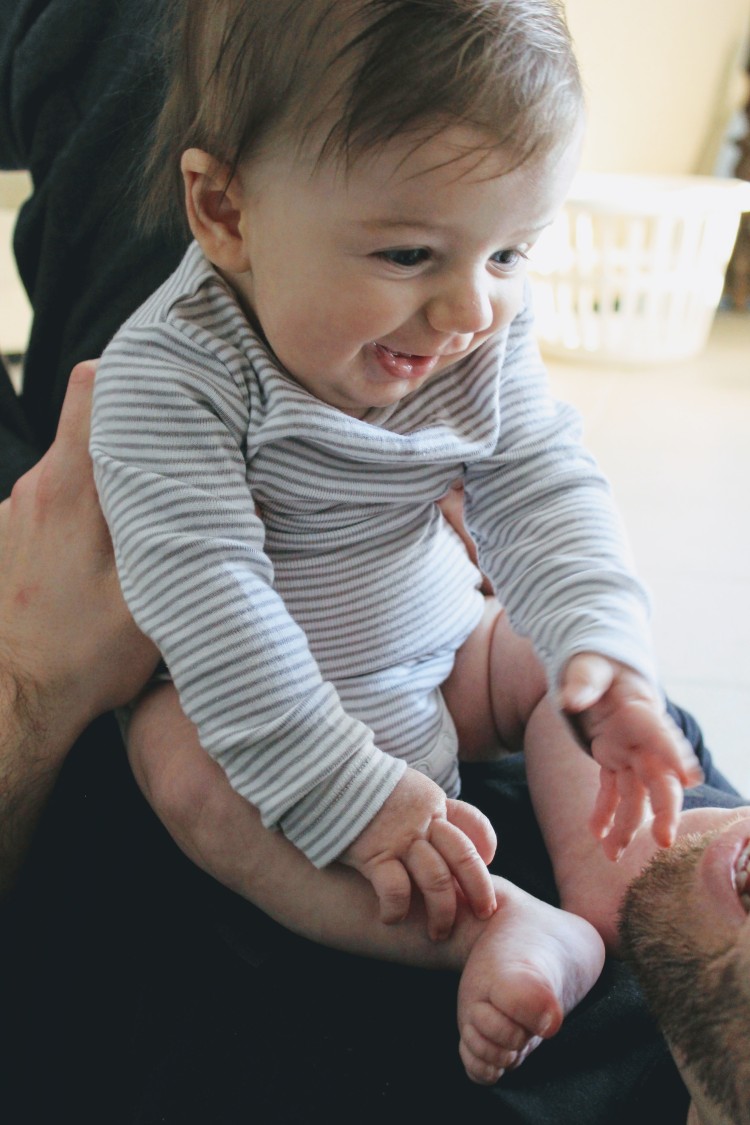 Our poor little Emmy has been struggling in this department. He’s had a sensitive stomach since he was born, which has not been fun. It’s started getting better now that he’s sitting up more, but we recently fed him baby cereal for the first time and while he loved it (after a couple of tries), his digestive system doesn’t seem to be ready for it. It has affected the way he’s sleeping at night and has even impacted his mood during the day if he’s having stomach issues. We’re going to stay away from giving it to him and will likely wait until he’s about six months. I guess the American Pediatric Association now recommends waiting until six months, so it makes sense to wait. Anyway, we can’t wait to start giving him food. He was gulping down that cereal when he finally got used to us feeding him with a spoon, so I’m anxious to see what kind of foods he’ll like.

This kid is a sneaky little squirt. He grabs at absolutely everything and is already scooting around rooms on his back. Our daughter stayed put for most of her first year and she waited a while before becoming mobile. She was always super careful, too. With this guy, we’ve got our hands full. Even when he’s on his tummy, he starts moving his knees and legs to try and launch himself forward. We have a feeling he is going to be all over the place and those puppy dog eyes and big smile are going to help him get away with all of it. 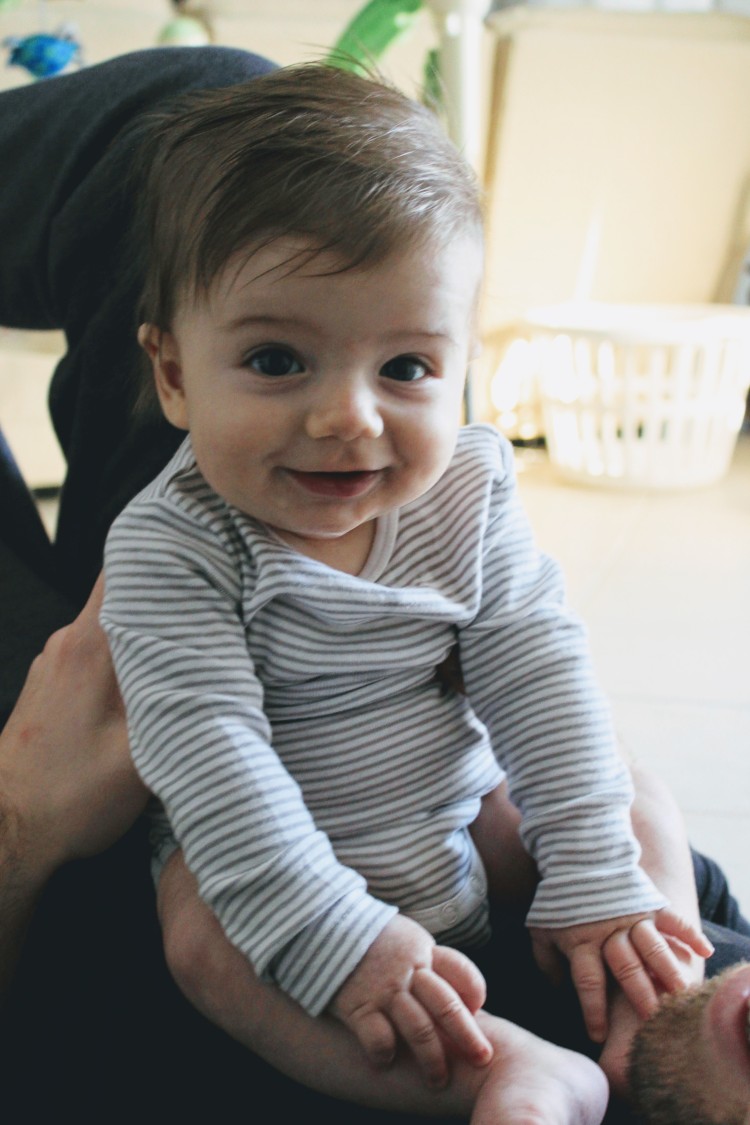 Life in general has been much more manageable and enjoyable than it was a couple of months ago when I gave my last update. Our daughter has always been independent and she helps make having two kids manageable (even while being a little more needy lately) and Emory is at the point where he likes to play on his own and kick around on the ground, which gives us more flexibility when we’re around the house.

I’m going to start getting more time to myself, which will be nice. Emory will start to go to our sitter once a week with his big sis and we’re so happy they get to be there together. While they’re there I’ll have a day to focus my time on the blog and freelance work. I’m so thankful I get to stay home with them but also have a day or two to focus on personal projects.

One thing that has taken up our time at home is potty training, AKA the death of me. We’re pretty much convinced she’ll be in diapers until she’s 13. Kidding, but she just doesn’t seem ready. It’s only been a week, so I can’t tell and it’s killing me. She has had a few successes, but we have to force her to go on a lot of the time. It seems like it may be a long road. Let’s just say, the bribes are coming in hot – apple juice, chocolate, movies. I feel like a dealer of some sort. If you have any advice, I’d love to hear it. We’re still in the early stages and need all the help we can get. Eeeeek!

If you have any questions about the update, or just need to vent about living through the chaos too, feel free to comment below! I’d love to hear from you. I’m by no means an expert, but am so happy to help and/or listen. Have a great week!