Every time I start to write one of Emory’s updates, I glance through my past updates on him and each time I want to ugly cry!! How is our baby so big already (also a repetitive statement in each of these update posts)? I thought time with our first flew by, but this, this is just nuts.

Our biggest news this update is that Emory is crawling!! He started just before he turned eight months and there’s no turning back. Unlike our daughter who waited a while to move and be mobile, Emory is running for the hills and has seemed to want to for quite a while. While we have to keep our eye on him more, I’m happy that he’s able to move around to explore and follow his sister.

No shame in his game. He touches, throws and knocks down everything. We never had to worry about our daughter messing with anything in our house (we didn’t even have to baby proof!) Emory is a different story and when we tell him “no”, he looks back at us, smiles and goes back to touching what he’s not supposed to. Luckily, he hasn’t turned into a tornado yet and seems to be pretty timid when grabbing things and crawling around. I’m sure that will change soon. Yeesh! 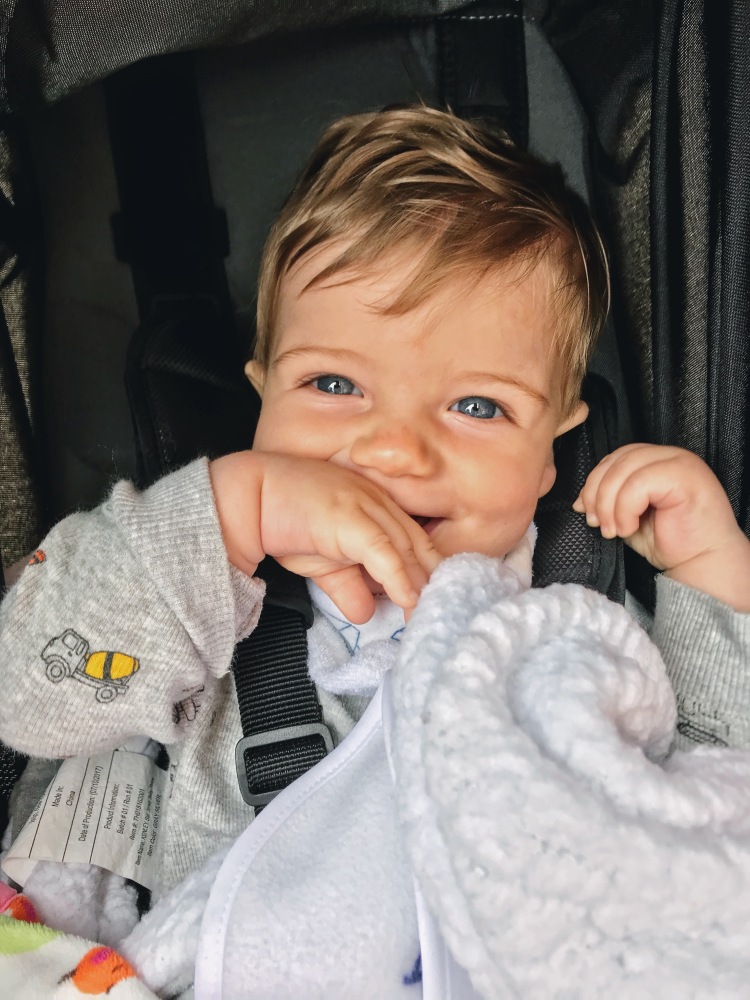 In my last update, I talked about how much I love seeing the bond form between Emory and Peyton. It brightens my day every time I witness it. And while I’ve talked about the way they interact, I don’t think I’ve ever talked about how they squeak back and forth at each other. It’s like their secret language. They’re the loudest kids on the planet and while their squeaks can be deafening, they automatically put a smile on my face. It’s almost like they’re telling each other they love each other. The other morning, he did the cutest thing – Peyton was still sleeping, so he crawled up to her door and started squeaking for her. My heart melted!

Emory is normally super chill, but I’ve noticed that at home, he’s been a stage five clinger. Sometimes it’s so difficult to get anything done around the house because he either wants me right by his side, or wants to be held. I’ve had to start to let him fuss if I’m doing something that needs to get done or helping his sister. It’s been tough at times, but I’m getting better at dealing with him crying.

As far as firsts go, Emory went on his first plane ride and vacation since our last update. He did so great on the plane and had fun putting his little feet in the ocean for the first time. Of course, bringing your kids on a trip is never truly a relaxing experience, but we had a lot of fun with family and spending quality time just the four of us. 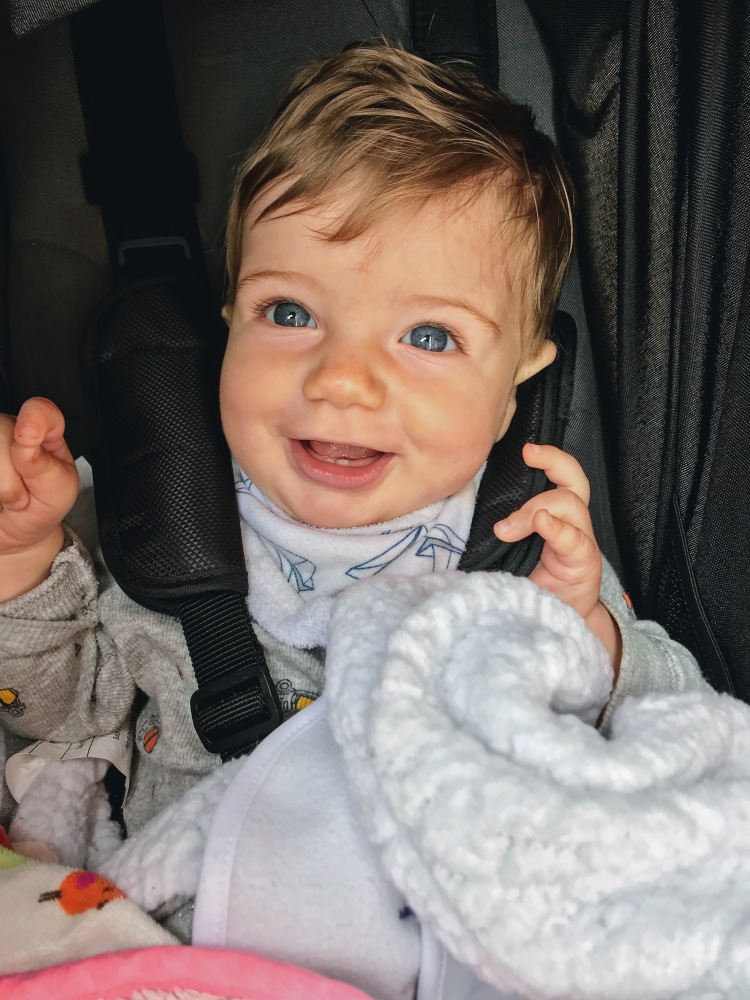 I’m not sure if any other moms with multiples feel this way, but I get upset with myself when I think about the amount of one-on-one quality time I spent with Peyton vs. Emory. I know it’s impossible to give him the attention I gave her, but now that he’s interacting with us so much, I just hope I’m doing enough to help him develop. I know I can definitely be more intentional about sitting down and spending more time with him, I just need to do it and put my to-do list aside.

Other than the above, we’ve had so much fun with the warm weather in Chicago. We’ve gone for so many long walks with the kids in the stroller and are so thankful that Emory barely makes a peep while he sits next to his sister. Emory did get another ear infection recently, but he’s on the mend and we’re praying this will be the last for a while.