Alright, technically Emory is 11 months at this point, but better late than never. Our little man continues to grow and learn from his big sister. He’s still so sweet and has seemed to get even sneakier as time goes on, and as you can tell from the pictures, he’s still our little garbage disposal. He’s such a fun little boy – he loves to make us laugh and goofs around already. We’re all so smitten with him and can’t help but squeeze him 24/7. A couple of updates…

Both my husband and I are shocked that Emory hasn’t started walking yet, but my husband believes it’s because he gets anywhere he wants very quickly so he probably doesn’t feel the need to walk. I’d absolutely agree. The little sneak seems to find himself in every room of our house, getting into everything he shouldn’t be getting into (especially the bathroom where he proceeds to try to put his hands on the toilet or pull the toilet paper off the roll).

All About the Music

Emory has started to show a lot of interest in music. He hears it a lot because Peyton absolutely loves listening to her tunes. His favorite is by far “Un Poco Loco” from the movie Coco. He goes crazy whenever it comes on and strums his hands. It’s so cute seeing them dance together!

Pointing Out the Obvious

The fun has started! He’s been babbling for a while now, but now he babbles while pointing at things. He’s started pointing at pictures, people and nature, and mutters in his own little language. It’s the cutest thing. The other day we were leaving the hardware store and when he saw a plane in the sky, he pointed to it and made a couple of sounds. He was so excited and happy.

He’s also started to say a couple of words, including “bye”, “wawa” (water) and “roof roof” when he sees a dog.

So Much Frustration in One Little Body

We’ve had to take certain toys away from him or pick him up when he’s near things that are dangerous, and boy does he show his frustration. The funny thing is, it’s only for a minute or less, but we crack up because he has already started to get so heated when things don’t go his way. We’re going to have to start teaching him how to channel his frustration. 🙂 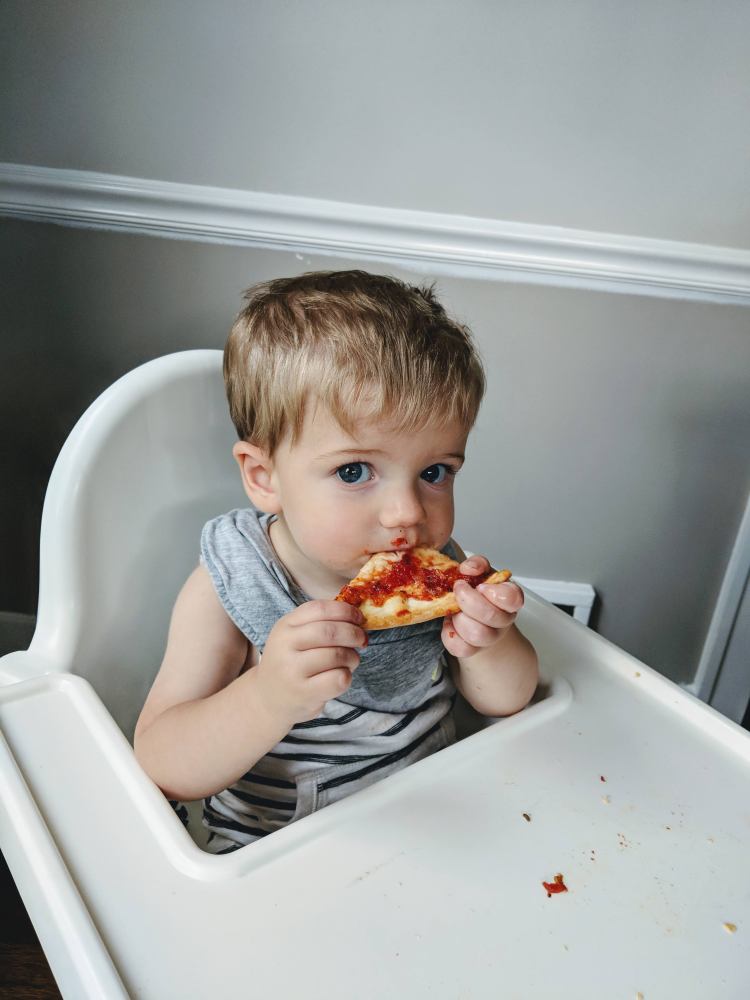 These are some of the main updates for this time around. This next month is going to be so bittersweet as it’s his last month as an infant. I can’t believe it, but look forward to him continuing to form his own personality and become a little person.